The land consists of :

From the shoreline the land rises steeply to a height of ca 50m above sea level. It then becomes flat to gently undulating, rising steadily to the highest point of 140m. The dune-swale vertical interval is ca 10m on the uplands. 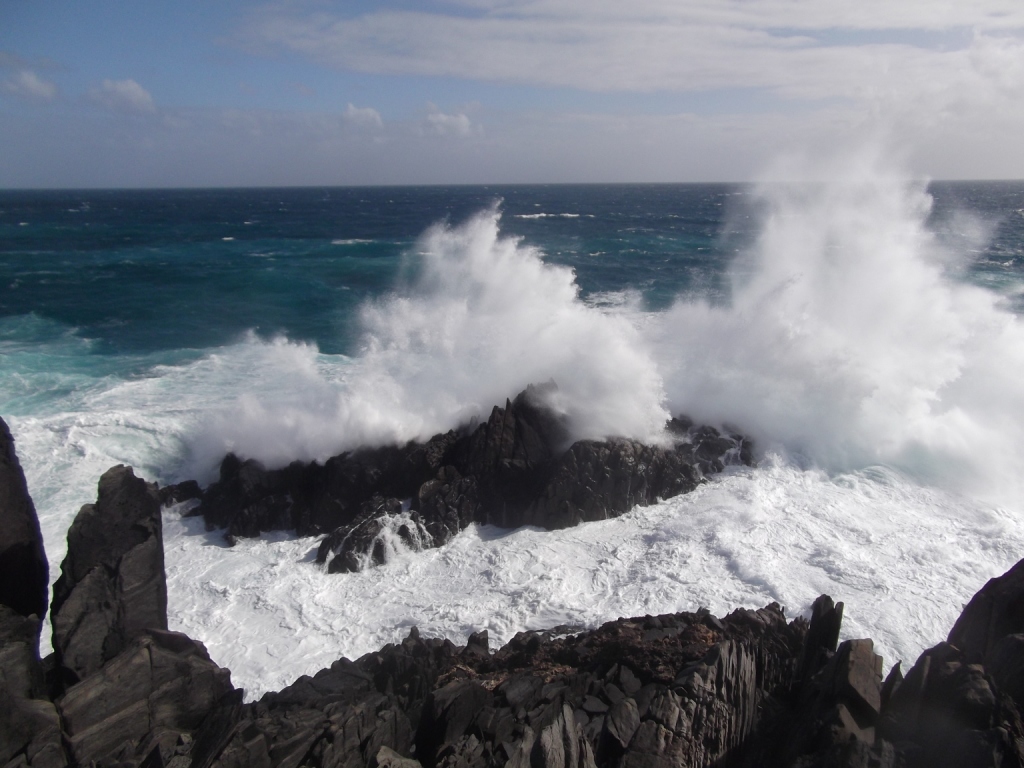 The dunes overlie calcarenite of the Bridgewater formation of Pleistocene age, which was hardened by intergranular precipitation of calcium carbonate. Layers of calcrete have been formed on top of, or within, the consolidated dunes.

Close to the coastline much of the land surface comprises Semaphore Sand, an unconsolidated, fine to coarse grained, quartz-carbonate beach sand, blown up from the shore.

Most of the land is underlain by grey, metamorphosed sandstones and siltstones belonging to the Kanmantoo Group of early Cambrian age. Middleton Sandstone, a medium grained metasandstone, outcrops at Black Point (mistakenly shown as False Cape on the 1996 1:100,000 Kingscote geological map), a rugged feature which provides spectacular views of the scenic coastline.

The Middleton Sandstone is intruded by narrow intrusive dykes – dolerite, rhyolite and diorite.

There is little run-off because of the highly permeable nature of the calcareous sands and limestone flats. The Willson River at the western end is fed by run-off further to the north and north east, and receives little run-off from the land under review.

The Dudley Peninsula is the drier end of Kangaroo Island, and the land probably receives about 550 mm of rainfall annually (the 600 mm isohyet is a little to the east). The nearest recording stations, Cape Willoughby, Penneshaw and American River, have mean annual rainfalls of 545 mm, 505 mm and 528 mm respectively.

Rainfall is distinctly seasonal, most falling in autumn, winter and spring, with only about 10% falling during summer. It is extremely reliable and droughts are rare; only eight having been recorded so far this century.

Temperatures are cool to mild because of the moderating influence of the Southern Ocean, and frosts are rare. Mean maximum and minimum temperatures are recorded at Cape Willoughby. For summer (December – February) the range is 15 – 21°C, and for winter (June – August) it is 9-14°C.

On the map of soil landscape units for Kangaroo Island, the area is shown as coastal dunes. These deep, calcareous sands are highly susceptible to wind erosion and are very infertile. There is usually a build up of organic matter in the top 25 – 30 cm, but there is no differentiated soil profile.

Shallow, red, loamy soils occur on some of the limestone flats.